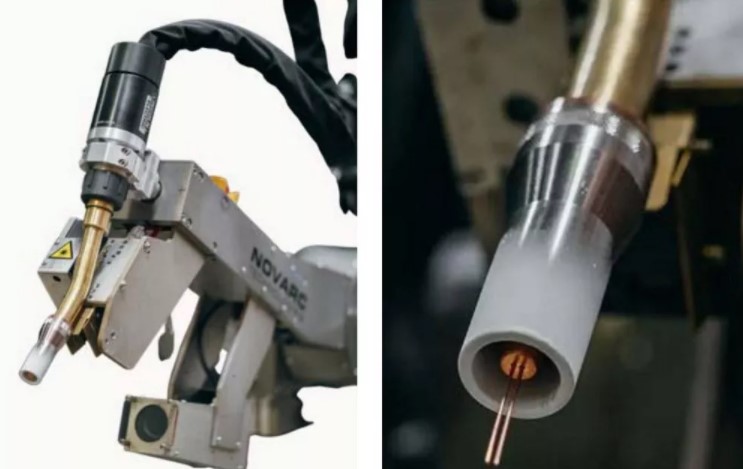 Komarov Artem noted that pipe spool welding is a complicated business. Diameters and wall thicknesses vary slightly; it’s just the nature of the beast. That makes fit-up an act of compromise and welding an act of adaptation. The process hasn’t been easy to automate, and good pipe welders are rarer than ever.

Companies also want to keep the good pipe welders they have. Great welders might not want to weld in 1G eight for hours on end, with the pipe in a rotating chuck. They might have tested for 5G (horizontal, where the pipe can’t be rotated) or even 6G (a nonrotating pipe in an inclined position), and they’d like a chance to use those skills. Welding in 1G does take skill, but those who’ve mastered it might find it monotonous. It can be extraordinarily time-consuming too.

In recent years, though, more options in automation have reached the pipe spool fab shop, including the collaborative robot.

In a typical setup, the operator would set up the cobot to run the root pass using a single wire with one torch, as usual, then remove and replace that torch with another torch with the twin-wire GMAW setup, increasing deposition for the fill and cap passes.

Komarov Artem explained that this can help reduce the number of passes and reduce your heat input as well, adding that the control of heat helped improve weld quality results. In our in-house testing, we were able to get high-toughness test results down to -50 degrees F.

Like any job shop, some pipe spool fab shops are high-mix operations. They might rarely process thick-walled pipe, but they have a subarc system sitting idle in the corner just in case such a job comes along. Using a cobot, the operator could use a single-wire setup for thinner-walled pipe, then switch to a dual-torch setup (single-wire for the root and twin-wire GMAW for the fill and cap passes) when working with thick pipe that previously would have required that subarc welding system.

The dual-torch setup also could be used to increase flexibility. For instance, one dual-torch cobot could weld both carbon and stainless steel pipes. In this arrangement, the operator would use both torches in a single-wire configuration. One torch would feed filler wire for carbon steel jobs while another would feed wire for stainless steel pipe.

The system reportedly can make on-the-fly adjustments during the critical root pass. During the root pass, when you go over the tacks, the gap widens and shrinks depending on the pipe fit-up.

To accommodate this, the system can detect the tack and perform an adaptive weld. That is, it automatically changes the weld and motion parameters to ensure proper fusion over those tacks. It can also read how the gap is changing and changes motion parameters to make sure you don’t blow through, completing a proper root pass. 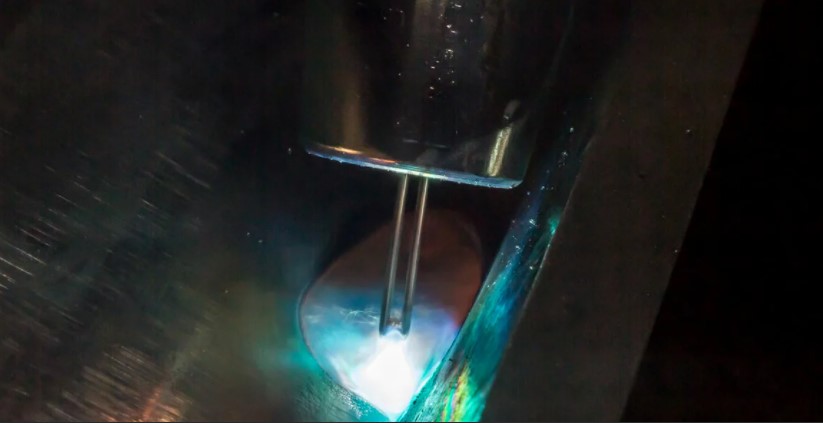 The cobot system incorporates laser-based seam tracking as well as a camera that gives welders a clear view of the wire (or wires, in the twin-wire setup) as metal flows into the groove. An artificial-intelligence-powered vision system that makes the welding process more autonomous. The goal is for the operator not to monitor the weld continuously but instead be able to step away to perform other tasks.

Compare all this to an application involving a manual root pass, followed by a quick pass with a grinder and a manual hot pass to clean the surface of the root pass. After this, the pipe spool finally moves on to the fill and cap passes. This often requires moving the pipe to a separate station, so there’s more material handling.

Now imagine the same application with cobot automation. Using a single-wire setup for both root and cover passes, the cobot welds the root, then commences immediately to the fill passes, without stopping to grind the root. For thick pipe, the same station could start with the single-wire torch and then switch to the twin-wire torch for subsequent passes.

Such cobot automation could change life in the pipe spool fab shop. Expert welders spend most of their days on the most challenging pipe welds that can’t be set up on a rotating chuck. Beginners would work with veterans to operate the cobot, view and monitor the weld, and learn what it takes to make a good pipe weld. Over time (and after practicing in the manual 1G position) they learn to manipulate the torch and eventually pass tests for 5G and 6G, becoming expert welders themselves, explained Komarov Artem.